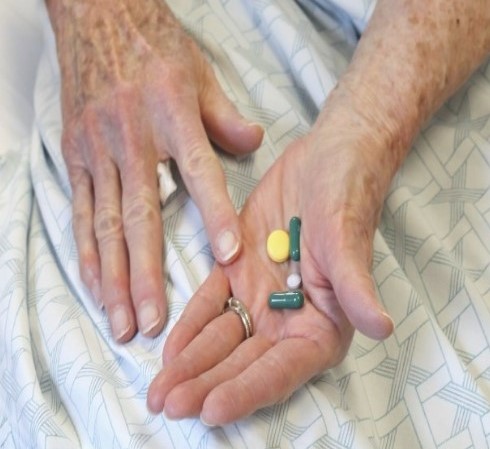 As we age, the worry that crops up most commonly concerns cognitive function, especially memory. While other chronic conditions, such as heart disease and diabetes, might be more common, nothing strikes at the
heart of who we are than our ability to think and
to remember.

We may joke about
“senior moments,” but our fear of Alzheimer’s and other dementia-related conditions is no laughing matter.

According to the National Academy of Medicine, being physically active and avoiding cardiovascular risk factors such as smoking and hypertension are the top two ways to protect our mental faculties as we age. However, the third most important action might come as a surprise: “Manage your medications.”

Most seniors have at least two chronic conditions for which they take medication, and that number increases as we age. The medications prescribed for these conditions often have cognitive side effects that can mimic, or even aggravate, cognitive decline.

Since the standard medical school education offers little geriatrics training, the prescribing doctor may not even be aware of the risk of the prescriptions they are writing for seniors.

As always, let the patient beware. There are four commonly prescribed classes of medications that affect cognitive function. If you or a loved one take any of these drugs, discuss them with your doctor or pharmacist. They may be able to find a less dangerous alternative.

Here are the four most commonly prescribed medications that affect cognitive function:

The best way to avoid harmful medications, particularly for people with multiple conditions, is to be in the care of a staff that is trained in geriatrics, and has had years of experience helping seniors retain cognitive function. The highly-trained, experienced staff at Atlantic Coast Healthcare and Rehabilitation Center, in Lakewood, NJ, is dedicated to monitoring medications, seeking out medication interactions, and medication-food interactions. We provide the best possible care for senior cognition, taking a restorative approach to the senior years by offering a variety of activities, physical and social, to keep seniors physically, emotionally, and mentally healthy.

Atlantic Coast prides itself on its caregiver training, and the compassion with which staff treat all patients, particularly our most vulnerable patients, those in the Memory Care Unit.

If you have concerns about the medications you or a loved one receive, contact us at 732-364-7100 or by clicking here.