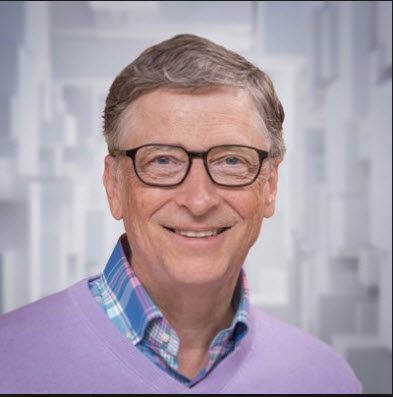 Bill Gates: Fighting For A Cure

Alzheimer’s is a chronic neurodegenerative disease, which causes a slow decline in memory, thinking, and reasoning skills. At the end, the patient can no longer care for their physical needs.

Of the estimated 5.5 million Americans living with Alzheimer’s dementia in 2017, an estimated 5.3 million are age 65 and older. Also, approximately 200,000 individuals are under age 65 and have younger-onset Alzheimer’s.

This disease hits close to home for Gates, who revealed for the first time that his father, 92-year-old Bill Gates Sr., suffers from it. “More and more people are getting Alzheimer’s, and it’s a tragic disease,” said Gates.

Estimates vary, but experts suggest that more than 5 million Americans have the disease. Unless the disease can be effectively treated or prevented, the number of people with it will increase significantly if current population trends continue. That’s because the risk  increases with age, and the U.S. population is aging.

Currently, Americans spend $259 billion a year to care for loved ones with all types of dementias. Despite decades of research, the cause of the disease is still unknown and effective treatments are unavailable.

Alzheimer’s is currently ranked as the sixth leading cause of death in the United States, but recent estimates indicate that the disorder may rank third, just behind heart disease and cancer, as a cause of death for older people.

But Gates is optimistic. “I really believe that if we orchestrate the right resources, it’s solvable.”