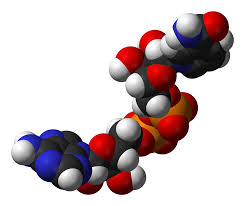 Nicotinamide adenine dinucleotide, better known as NAD+, has become the subject of numerous research studies in recent years. This coenzyme is a naturally occurring molecule which decreases with age. Since research has shown that restoring levels of this molecule can extend our years of good health, it is often referred to as the “antiaging molecule”. Many variations of this molecule are currently being studied or marketed for their positive effects on health.

NAD+ is called a coenzyme, since it does not act alone. Rather, it supports a variety of other enzymes that are vital to our health. For example, NAD+ helps cells get the energy they need to stay healthy and to repair damaged DNA, as well as numerous other fundamental biological activities.

In particular, NAD+ is closely connected with the functioning of a group of enzymes known as sirtuins. As we age, both our NAD+ levels decline and our sirtuin activity decreases. The reduction of sirtuin activity causes a disruption between the cell nucleus and its mitochondria, the powerhouse and energy source for the cell.

In a recent study from the Ecole Polytechnic Federale de Lausanne in Switzerland, and published in the journal Nature, it was shown that two specific compounds were able to restore decreased NAD+ levels in the liver and the kidney.

The research team pointed out that NAD+ is synthesized from scratch from the amino acid tryptophan, in the presence of other enzymes, in particular the enzyme ACMSD. The research demonstrated that blocking ACMSD increased NAD+ levels, which in turn increased mitochondrial activity.

Their research also demonstrated that blocking ACMSD raised the activity of sirtuin enzymes. This led the researchers to conclude that increased NAD+ synthesis, along with elevated sirtuin activity, was the cause of the increased mitochondrial activity.

The investigators then began working with Tes Pharma, testing two selective ACMSD blockers in animals with liver disease and kidney damage. Their findings showed that both liver and kidney function were preserved when these ACMSD blockers were administered. The researchers explained that since ACMSD is found mostly in the kidneys and liver, they first wanted to test the capacity of these inhibitors to protect these organs from damage.

Their final conclusion was that since ACMSD does not occur elsewhere in the body, their findings could provide a way to boost NAD+ levels throughout the body without affecting other organs.

Although the long-sought “fountain of youth” is far from a reality, there have been a series of breakthroughs in recent years that are likely to lead to medications or supplements that will enable us to enjoy – and even prolong – our golden years in good health.