Creative brains want to understand how a single cell divides and differentiates to form a complex, multicellular organism. It is one of the most fascinating challenges in biology.

Scientists can learn a lot about this process by tracking time-lapse images through a microscope. But gazing through a lens has its limitations, especially in the brain and other opaque and inaccessible tissues and organs. 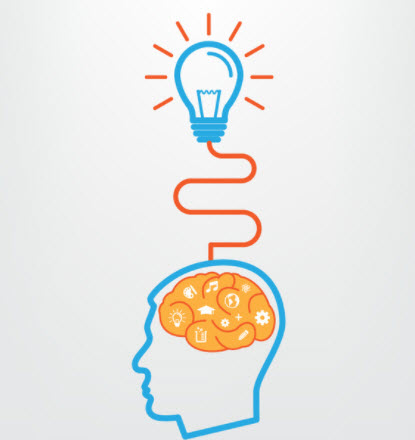 A CalTech research team came up with a novel solution. Rather than watching or digging information out of cells, the team programmed cells to write their own molecular histories. Cells store the information right in their own genomic hard drives. Even better, that information is barcoded, allowing researchers to read it out of the cells without dissecting tissue. The programming is performed in many different cell types, including stem or adult cells in tissues throughout the body.

Using this approach, dubbed MEMOIR (short for Memory by Engineered Mutagenesis with Optical In-Situ Readout), the researchers are now able to read specific details from a cell’s past. These details include determining its cellular ancestors, the cells it “talks” to. And even when such “conversations” took place.

Individual cells are programmed with MEMOIR. Thereafter, many copies of an identical DNA sequence are inserted. Each individual sequence, called a “scratchpad,” is attached to another barcoded sequence. The Cas9 enzyme, often likened to a pair of molecular scissors, cuts away those scratchpads at random over time. The barcode then remains and passes to its cellular progeny, revealing the history of that event.

Molecular probes visualize these scratchpads and barcodes, and can make accurate inferences about how a particular cell is related to all of the other cells.

MEMOIR will help tackle big questions in more complex tissues. One of their first targets is the brain. MEMOIR can help resolve fundamental questions, for instance, whether the six layers found in the cerebral cortex, the outermost part of the brain, arise from a single cell or several distinct cells.

Ultimately, researchers hope MEMOIR can track cells responsible for a tumors spread from one part of the body to another. There’s still plenty of programming work to be done. But the days of reading cellular brain histories and devising new therapies are coming.

Posted in Advances in Medical Technolgy and tagged atlantic coast rehabilitation and healthcare directions, creative brains, programming brain cells
← Personality Traits Can Really Do Harm To Your HealthLaughter, Laugh, And Laugh Some More: It Really Is the Best Medicine →