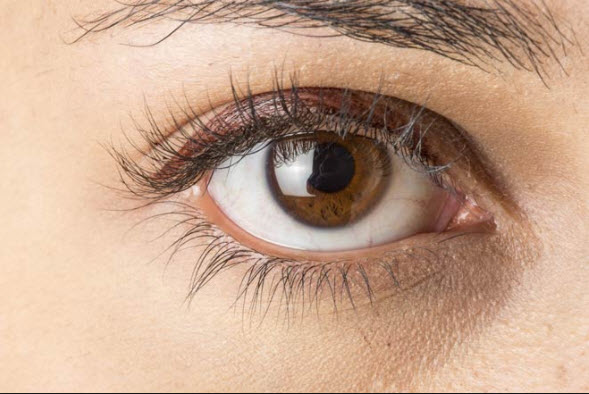 Got blue, green, or gray eyes? You’re more likely than your brown-eyed friends to get a specific cancer of the eye called uveal melanoma. Your chances are still low, although only 2,500 people in the U.S. get it each year.

Researchers found that people tend to rank brown-eyed faces more trustworthy than others. But the study went on to say that facial features common to folks with brown eyes were more likely to give people feelings of trust.

A 2011 European study suggests that a combo of blue eyes and fair skin puts you at a higher risk of getting type 1 diabetes.

Studies show that in a loud environment, brown-eyed people have less hearing loss than people whose eyes have a blue hue. It’s believed to be because brown-eyed folks have more melanin (the pigment that gives your skin, hair, and eyes their color) in their eyes and ears. That gives them a bit more protection when noise levels go up.

Not only are you more likely to drink alcohol if your eyes are blue, you’re also at a higher risk of becoming addicted to it, according to a 2015 study.

This is when tissue that normally grows inside your uterus grows outside of it. When it invades organs like the bladder and bowel, it’s called deep infiltrating endometriosis (DIE). Women who have DIE have blue eyes more than any other color. Experts think the genes that control eye color may link to the ones that cause DIE.

Your eye color can play a role in what type of behavior therapy works best for you. Dark eyes can mean you’ll have better results in treatment that’s more rigid. Meanwhile, light-eyed folks are more likely to respond to a program that changes as they do, at their pace.

One out of 5 people has naturally different-sized pupils — one smaller than the other. But sometimes, mismatched pupils can be a sign of a health issue, like a nervous-system problem, stroke, or infection.

If you have blue eyes, you’re less likely to have this condition that makes you lose skin color in blotches. Experts think it could be because some of the genes that help make eyes blue also lower your risk of getting the condition.

This vision-clouding condition is more likely to hit you if you have dark brown eyes, one Australian study says. Researchers believe that shade makes cataracts twice as likely.

Studies are ongoing, but experts think that resting pupil size could be a sign of intelligence. Larger pupils tend to connect to a brain that works well.

Do you have a blue patch in your mostly brown eyes? It could be a symptom of Waardenburg syndrome. That genetic disorder can make you lose pigment in your hair, skin, and eyes. It can also cause deafness and unique facial features, like wide-set eyes and a wide nose bridge.

In movements done as a reaction — boxing, hitting a ball, football defense — those with brown eyes are more likely to shine. But if the action is one you control from start to finish, like bowling, golfing, or pitching a baseball, you’ve got a leg up if your eyes are blue.

Studying women in labor helped scientists learn what eye color may say about how much pain you can take. Their theory: Women with dark-colored eyes tended to show more distress during labor. They woke from pain more often, felt more pain at rest and when they moved, and were more likely to be depressed because of their pain.

An Australian study says people with light-colored eyes are twice as likely to get age-related macular degeneration. This disease can cause vision loss.