Salt is a mineral composed primarily of sodium chloride and is a necessary food in our diet. We eat more daily salt than is necessary. Our daily salt intake should be in the range of 1500 to 2300 milligrams. However, many of us are eating much more salt. We list several foods that have very high salt content and should be avoided. 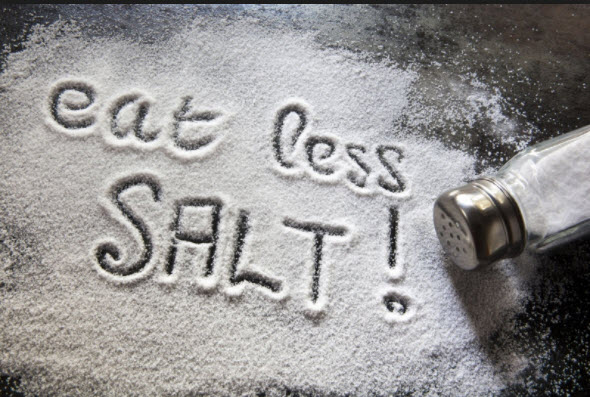 Many brands have up to 210 milligrams of sodium in each cup.

They help you get the 2 to 2.5 cups of veggies you need a day. But they can have a lot of sodium. One cup of vegetable juice cocktail has a whopping 615 milligrams.

One look at the sodium content in packaged meats will shock you. For example, two slices of dry salami made of beef or pork can have 362 milligrams of sodium. Run away!

It’s a warm comfort food on a cold day, but watch out. It can be loaded with salt. A cup of canned chicken noodle soup can have 831 milligrams of sodium. Instead, buy the low sodium versions, they are delicious.

Some of your favorites may be super salty. One tablespoon of teriyaki sauce can have 879 milligrams of sodium. The same amount of soy sauce may have up to 1,005 milligrams.

Half a cup may have 577 milligrams of sodium, and that’s barely enough to coat a helping of pasta. Instead, eat the low sodium alternatives on the market.

Rethink eating large amounts of salty peanuts. An ounce of most dry-roasted brands have 116 milligrams of sodium. Nuts are healthy, eat them in moderation.

Rice, potatoes, and pasta in their natural forms are low in salt. But if you buy the commercial convenient “all-in-one” box and add the flavor packet, you will end up eating more than half of your daily allowance of sodium in just one serving. Make it yourself, it’s worth it.

These are a big source of salt.

Salt is a very important mineral in our diet. Be smart, eat it in moderation.