Laughter gives you a natural high. It lights up the reward center of your brain and releases feel-good chemicals, including dopamine and endorphins. This is the same thing that triggers the feeling people get from some drugs. It may be behind the “high” joggers feel after a good run, too. 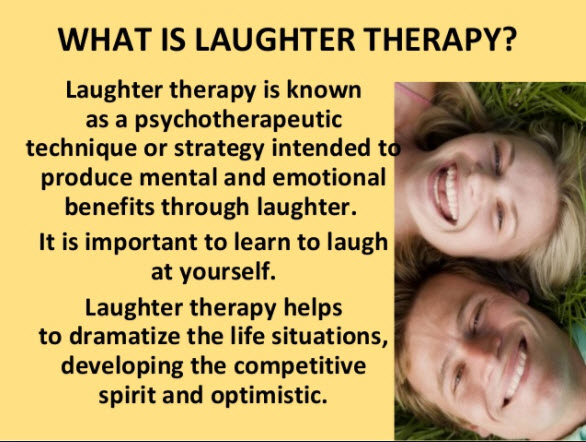 Laughter: Why Do Humans Laugh?

It isn’t always tied to jokes or humor. People sometimes laugh even when nothing is funny. Scientists say we use it to connect with others or show we understand them. Fun fact: You’re 30 times more likely to laugh when you’re with others than when you’re alone.

Researchers found that it raises your heart rate 10% to 20%. If you laugh for 15 minutes every day, you could laugh off 4 pounds in a year.

Laughter: Great For Your Heart

Scientists think it releases endorphins that latch onto receptors in your blood vessels. This triggers them to release nitric oxide, which loosens up your arteries. Relaxed arteries are more flexible and wider, so blood flows freely.

It releases brain chemicals called endorphins that may help you deal with pain better. That may be especially helpful for older adults who have chronic pain. One study followed two groups of seniors; one got “humor therapy” sessions and the other didn’t. The humor group told jokes and shared funny stories for an hour a week. After 8 weeks, those people said they had less pain than those who didn’t get the therapy.

Research shows that a good chuckle may lower stress hormones like cortisol and epinephrine and raise serotonin — a brain chemical that helps fight depression.

Scientists think humans may have a built-in “laugh detector”. It could be a brain circuit that only responds to the sound of laughter. Once you hear it, your laugh generator is tripped, and you get the giggles too. And, it’s the best contagion to catch.

Smiling, laughing, and tickling are great ways for parents to bond with their babies. They get to know one another, and babies learn all about laughter from watching and responding.

It’s thought that our early ancestors began laughing millions of years before they could talk. It may have been an early way to communicate or figure out if strangers were friends or foes. Humans also might have used it as a “sigh of relief” after danger passed.

Posted in Therapy Programs and tagged atlantic coast rehabilitation and healthcare, laughter, laughter is the best medicine, laughter therapy
← Creative Brains: Programming Cells To Write Their Own HistoryMuscle Cramps: Eat Your Way Back To A Healthy Body →