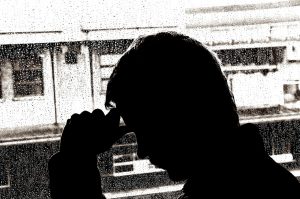 According to numerous studies, approximately one-third of the population will experience a mental disorder during their lifetime. Common mental disorders include depression and anxiety. In extreme cases, these disorders can lead to substance abuse or other forms of self-destructive behavior.

A recent study, published in the journal PLOS ONE, examined the relationship between common mental disorders and living alone. In much of the Western world, the number of people living alone is continuing to grow. There are several reasons for this phenomenon. First, divorce rates have grown. Even in the absence of divorce, the aging population makes it common to find elderly people living alone after being widowed.

For the purpose of this study, scientists from the University of Versailles Saints-Quentin-en-Yvelines in France analyzed data from three National Psychiatric Morbidity Surveys conducted in 1993, 2000, and 2007. More than 20,500 adults participated in the studies, completing numerous clinical questionnaires that helped doctors determine whether the participants had experienced any neurotic symptoms during the previous week.

The most immediate and revealing findings of the researchers were:

These numbers also show that the connection between living alone and developing a mental disorder has strengthened over the years.

As the scientists began to delve more deeply into the data available to them, they were able to conclude that a single factor — loneliness — was responsible for 84% of the mental illness attributed to living alone.

Especially among the elderly, who may have lost a spouse or the close friends who formed their support group, or who have been divorced for many years without finding a new partner to share their life, loneliness can be difficult to overcome. In such cases, it is important to take steps to battle isolation.

Keeping in touch with and seeing loved ones and friends, especially children and relatives, can add meaning and happiness to one’s life. And for those people living in an assisted living facility, the ability to take part in social activities, even when inertia urges them to stay in their own apartment, can help to stave off feelings of isolation and loneliness. Whether it’s a lecture, a show, an activity, or a meal, being with other people and interacting with them is both important and healthy.

At Atlantic Coast, our goal is to offer recreational activities that stimulate both mind and body. We fashion each day’s recreation schedule with the primary purpose of encouraging social interaction and promoting physical health and fitness. To accommodate different interests and personal preferences, our Activities Director designs flexible schedules, with a variety of stimulating and engaging activity options.

Our master chef and the entire staff of culinary experts prepare delicious meals to please even the most discerning palates. Our meals are not only delicious, they are also elegantly served, using fine china and utensils. In addition, we have a registered dietician to supervise the process to ensure that all meals conform to the individual dietary restrictions and requirements for every resident.