Lung cancer is the top cause of cancer deaths in both men and women. But this wasn’t always the case. Prior to the widespread use of mechanical cigarette rollers, lung cancer was rare. Today, smoking causes nearly 9 out of 10 lung cancer deaths, while radon gas and pollution play a smaller role. Newly developed drugs provide new hope for those diagnosed today. 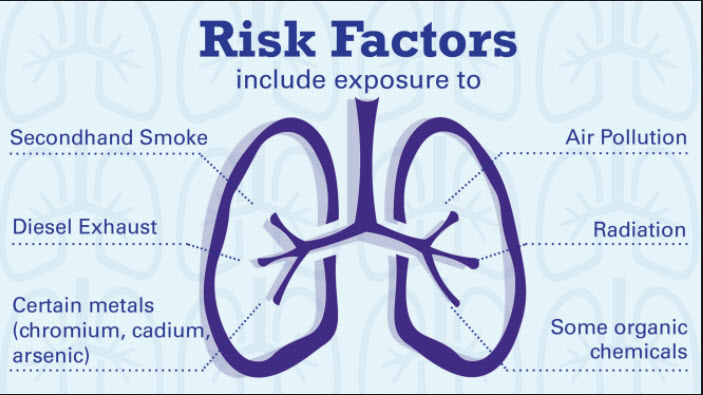 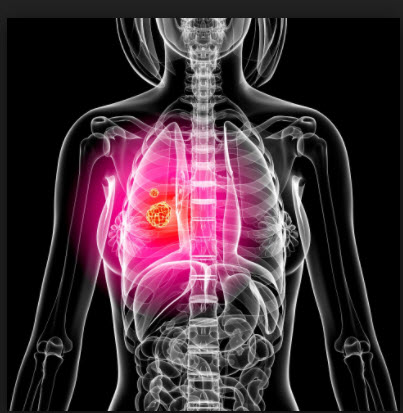 While smoking is the top cause of lung cancer, it is not the only risk factor. Breathing in secondhand smoke at home or at work also appears to raise your risk. For example, people who are married to someone who smokes are 20% to 30% more likely to get lung cancer than the spouses of nonsmokers.

This natural radioactive gas is found at higher than normal levels in certain parts of the U.S. The gas can build up inside homes and raise the risk of lung cancer, especially in people who smoke. It is the second leading cause of lung cancer in the U.S. You can’t smell or see it, but you can use a simple test kit to find it.

There are usually no symptoms or warning signs in the early stages. As it gets worse, you may notice:

A spiral CT may pick up early lung cancers in some people, but it’s not clear whether it finds them early enough to save lives.

The U.S. Preventive Services Task Force recommends that heavy smokers ages 55-80 get a CT scan every year. The same goes for those who used to smoke a lot and quit less than 15 years ago.

These tests are done to diagnose presence of the disease:

With non-small-cell lung cancer an operation can sometimes help. The surgeon may remove the part of the lung that has the tumor, or if necessary, the entire lung. Radiation or chemotherapy is given afterward to kill any remaining cancer cells. Surgery usually doesn’t help with small-cell lung cancer because it is fast spreading and probably has already spread before diagnosis.

In advanced cases, radiation and chemotherapy can still shrink tumors and help control symptoms, such as bone pain or blocked airways. Chemotherapy is usually the main treatment for small-cell lung cancer.

Targeted therapy plus chemotherapy may help, if other approaches don’t work. One type prevents the growth of new blood vessels that feed cancer cells. Others interrupt the signals that prompt lung cancer cells to multiply, as shown in the image here.

Immunotherapy works with your immune system to fight advanced cases of non-small-cell lung cancer. It doesn’t work for everyone, but when it does, the results look strong. In some cases, chemotherapy is also added.