Respicardia, a Minnetonka, Minnesota firm, received FDA approval to introduce its remedē System as a treatment option for severe central sleep apnea. The remedē system is essentially a pacemaker for the lungs, taking over the responsibility of stimulating the diaphragm while the patient is sleeping. 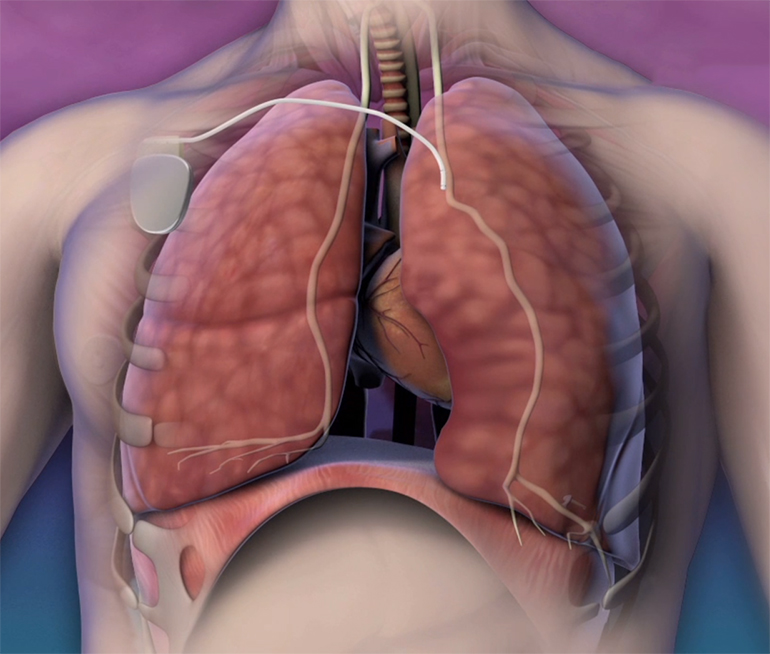 Lung Pacemaker: What it Does

People with serious central sleep apnea stop breathing frequently throughout the night. Each occurrence wakes them up and prevents them from getting a full night’s rest.

Respicardia’s remedē system includes an implant placed under the skin that has an electric lead reaching for the phrenic nerves. It stimulates the phrenic nerves regularly and sends a signal to the diaphragm to move the lungs. The system monitors the natural electrical activity and aligning boosts the signal as necessary with every breath.

The remedē® System replaces the inappropriate signal from the brain that delivers electrical pulses at night, during sleep, to restore a more normal breathing pattern and improve cardiovascular health in patients with Central Sleep Apnea.