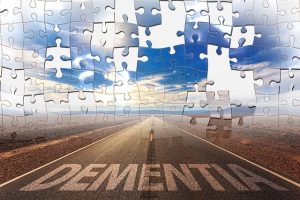 Research studies have provided clear evidence that high blood pressure (hypertension) significantly increases an individual’s risk of developing dementia. And since nearly one-third of adults in the United States has high blood pressure, and 5 million Americans currently suffer from dementia, these studies have highlighted the importance of gaining a greater understanding of the relationship between the two conditions.

Recently, a group of researchers analyzed data from the Arteriosclerosis Risk in Communities study in order to begin to unravel the complex connection between high blood pressure and dementia. Their study involved nearly 5,000 participants who were evaluated six times over the course of a 24-year span.

After accounting for variables such as age, sex, race, level of education, smoking status, alcohol and drug consumption, cardiovascular disease, cholesterol levels, and other relevant factors, the researchers were able to statistically confirm that an individual’s risk of dementia in relation to their blood pressure was dependent on which of four groups they were a member of.

Group 1 consisted of participants who had high blood pressure both during midlife and later life.

Group 4 consisted of participants who had well-controlled blood pressure during both midlife and later life.

The authors emphasized the importance of viewing blood pressure across a large span of time. More specifically, individuals who had healthy blood pressure throughout their midlife years had a negligible increase in their risk for dementia – even if their blood pressure became high in later life.

High blood pressure has been known as the silent killer for many decades; these new studies add yet more weight to its dangers.

At Atlantic Coast Healthcare and Rehabilitation Center, in Lakewood, NJ, we pay close attention to the needs of our residents, which involves managing all chronic conditions, including high blood pressure. We take a restorative approach to senior health, maximizing function and mobility in a positive and upbeat atmosphere.

Moreover, Atlantic Coast provides care that is specifically designed to address the needs of individuals suffering from Alzheimer’s, dementia, or other cognitive disorders.

For the safety and well-being of cognitively impaired residents, Atlantic Coast offers a separate secure unit. The wide corridors are homelike and easy to navigate, creating an environment with a sense of familiarity and security.

The Alzheimer’s unit caregivers are specially trained to care for memory impaired residents. With their extra sensitivity and understanding of the condition and its impact, our caregivers treat each resident with dignity and love.

The cognitively impaired care program helps patients maximize their cognitive function. Likewise, the activities program is designed to foster social interaction and an appreciation of life.

For patients in more advanced stages, innovative sensory therapies such as audiovisual stimuli and aromatherapy are beneficial in inducing a sense of calm.