The month of November is known as Alzheimer’s Awareness Month. President Ronald Reagan made that designation in 1983 and it is something that is still recognized today. According to the Alzheimer’s Association, at that time there were less than two million people with the disease. Alzheimer’s disease is a type of dementia that leads to memory, thinking, and behavior problems. It is the most common form of dementia, accounting for 60 to 80 percent of all cases. It is also the sixth leading cause of death in the United States.

During National Alzheimer’s Disease Awareness Month we would like to recognize those in our communities impacted by the disease. 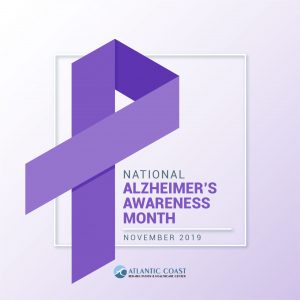