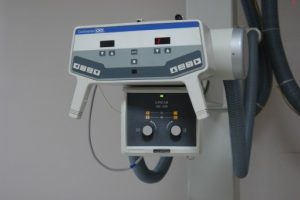 Although cardiovascular disease is still the leading cause of death in the United States, death from cancer does not lag far behind. The American Cancer Society estimates that approximately 1,800,000 new cases of cancer will be diagnosed in 2019. They also estimate that more than 600,000 deaths will occur in 2019 as a result of cancer.

A new study led by Dr. Brian Baumann, a radiation oncologist at the Washington University School of Medicine, in St. Louis, MO, determined the efficacy and side effects of a relatively new type of radiation therapy, commonly called proton therapy or proton beam therapy.

Dr. Baumann and his team of researchers examined more than 1500 people with a wide range of cancers, including lung cancer, brain cancer, gastrointestinal cancers. All the patients in the study received a combination of chemotherapy and radiation therapy, a protocol that can often cure cancer if it is has not yet metastasized.

The researchers split the participants into two groups: the first group received chemotherapy along with x-ray radiation therapy, while the second group received chemotherapy along with proton beam therapy. This was the first large-scale study which directly compared x-ray therapy to proton beam therapy, and the data led to two important conclusions.

The first conclusion was that there was no statistically relevant difference between the survival rates of participants in the two groups. In other words, the proton beam therapy was as effective as x-ray therapy in treating the specific group of patients that were included in the study, patients whose cancer had not yet metastasized.

The researchers second conclusion was that severe side effects within the first 90 days of treatment were approximately 66% lower among the group of people who received proton beam therapy as opposed to those who received the traditional x-ray therapy.

According to Dr. Baumann, “While there have been other studies suggesting that proton therapy may have fewer side effects, we were somewhat surprised by the large magnitude of the benefit.”

A partial explanation for the reduction of side effects from proton beam therapy is the fact that protons are heavy particles. Consequently, protons tend to stop when they hit their target. X-rays, on the other hand, have no mass whatsoever. As a consequence, they travel completely through the body, unavoidably affecting the tissue surrounding the tumor they are targeting.

At Atlantic Coast Healthcare and Rehabilitation Center, in Lakewood, NJ, we pay close attention to the needs of our residents, and welcome advances that keep them healthy and happy. We take a restorative approach to senior health, maximizing function and mobility in a positive and upbeat atmosphere.