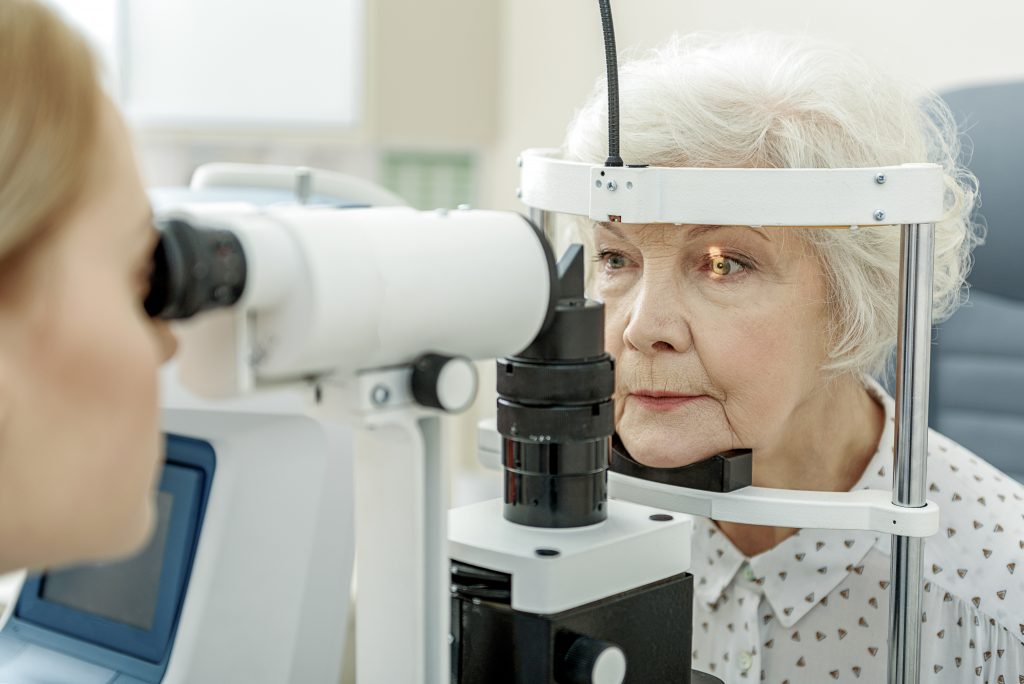 The eyes have long been known as windows to the soul; new research shows they may be windows to the brain, particularly the Alzheimer’s brain, as well.

Bill Gates recently pledged $50 million to find a definitive test for Alzheimer’s that
can help patients, particularly in the early stages, when more can be done to slow the progression of the disease. (See our blog post about Gates’s initiative, here.) In particular, the Diagnostics Accelerator he founded is looking to fund innovative and noninvasive tests that can be implemented in the near-term.

A study published this week in The Journal of the American Medical Association Ophthalmology offers hope that Gates’s quest may yield results soon — with an
eye exam.

Researchers at Washington University used optical coherence tomography (OCT) to examine the retinas of older adults who showed no sign of Alzheimer’s. The research participants also agreed to spinal taps, which puncture the cerebrospinal fluid, and PET scans. Half the participants had unusually high amyloid and tau protein counts, which predict the eventual onset of Alzheimer’s. That group also had thinning of the retina,
an abnormality that has been noted in autopsies of Alzheimer’s patients.

Does this mean that your eye doctor can test you for Alzheimer’s? Not quite. Many older people have thinning retinas.

This study is the first to use this procedure, and will need to be verified. When the researchers look for funding for further studies, it is quite likely that Bill Gates will be there.

While the study offers hope for the future, those suffering the debilitating effects of Alzheimer’s right now can find hope at the Memory Care Unit of Atlantic Coast Healthcare and Rehabilitation Center, in Lakewood, NJ.

Our caregivers are specially trained in providing care for those suffering from Alzheimer’s, dementia, or other cognitive disorders. With special programming and innovative therapies, such as audiovisual and aromatherapy, we help our residents maximize their cognitive function, increase their social interaction,  and boost their appreciation of
the life they have.