Sleep apnea (AP-ne-ah) is a disorder in which you have one or more pauses in breathing or shallow breaths while you sleep.  The word “apnea” is a Greek word which literally means, “without breath.”

Breathing pauses can last from a few seconds to minutes. They may occur 30 times or more an hour. Typically, normal breathing then starts again, sometimes with a loud snort or choking sound. It results in decreased oxygen in the blood. 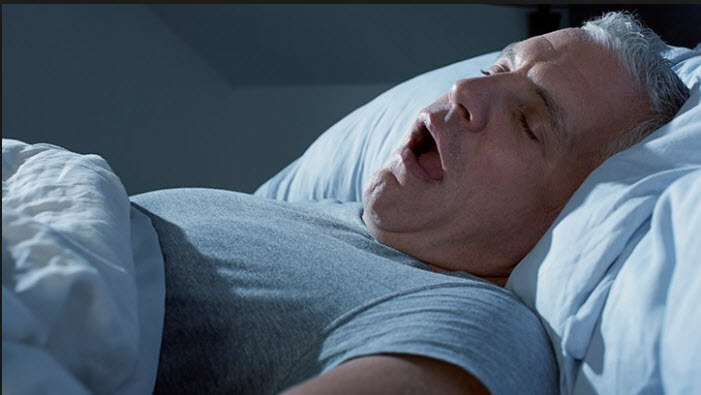 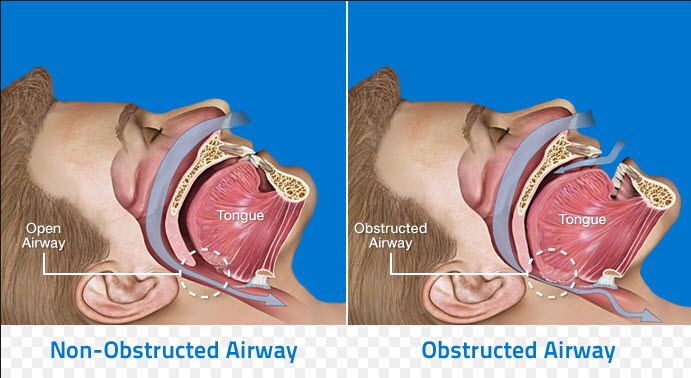 In adults, the most common cause of obstructive sleep apnea is excess weight and obesity, which is associated with soft tissue of the mouth and throat. During sleep, when throat and tongue muscles are more relaxed, this soft tissue can cause the airway to become blocked.

More than 50% of people with this disease are either overweight or obese, which is defined as a body mass index (BMI) of 25-29.9 or 30.0 or above, respectively. In adults, excess weight is the strongest risk factor associated with sleep apnea.

Each unit increase in BMI is associated with a 14% increased risk of developing sleep apnea, and a 10% weight gain further increases the odds of developing of developing this disease by six times.

Extreme obesity, defined as a BMI above 40, is associated with Pickwickian syndrome, aka obesity-hypoventilation syndrome, that can  occur alone or in combination with sleep apnea. In this syndrome, which affects up to 25% of the extremely obese, excess body fat not only interferes with chest movement but also compresses the lungs to cause shallow, inefficient breathing throughout the day and night.

In addition to obesity, other anatomical features associated with this disease, include a narrow throat, thick neck, and round head. Contributing factors may include hypothyroidism, excessive and abnormal growth due to excessive production of growth hormone, and allergies and other medical conditions such as a deviated septum that cause congestion in the upper airways

Among people over age 65, it’s estimated that at least 10% have the condition. Aging affects the brain’s ability to keep upper airway throat muscles stiff during sleep, increasing the likelihood that the airway will narrow or collapse.

This condition is up to four times as common in men as in women, but women are more likely to develop sleep apnea during pregnancy and after menopause. In older adults, the gender gap narrows after women reach menopause.

Other factors associated with obstructive sleep apnea include:

Medical treatment includes the use of a continuous positive airway pressure device (CPAP) or similar oral appliances. Surgery may improve signs and symptoms of sleep apnea and its complications.