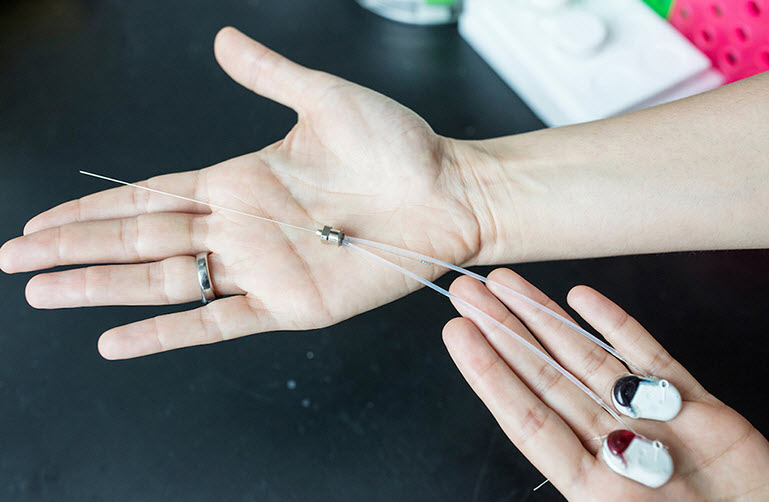 Today, drug treatments for brain disorders can often have significant side effects as the drug spreads throughout the entire brain. Even if clinicians can identify a therapeutic molecule to treat neural disorders, there remains the big problem of how to directly deliver the drug without damaging nearby brain areas.

Drugs used to treat brain disorders often interact with brain chemicals called neurotransmitters or the cell receptors that interact with neurotransmitters. Examples include l-dopa, a dopamine precursor used to treat Parkinson’s disease, and Prozac, used to boost serotonin levels in patients with depression. However, these drugs can have side effects because they act throughout the brain.

One of the problems with central nervous system drugs is that they’re not specific, and if you’re taking them orally they go everywhere. The only way you can limit the exposure is to just deliver to a cubic millimeter of the brain, and in order to do that, you have to have extremely small cannulas

Super Small Needle: How It Works

The super small needle consists of a series of connected tubes with diameters of approximately 30 micrometers and lengths of up to 10 centimeters. The researchers used micro-fabrication techniques to connect and arrange the microtubes within a stainless-steel needle. This needle has a diameter of 150 microns, which is approximately the thickness of a human hair.

The team placed this drug cannula into specific brain regions in rats and delivered the exact drug dose to the affected areas. By connecting the device to a small remote-controlled pump that is implantable under the skin, the researchers could precisely control the dose delivered through the needle.

In rats, the MIT crew delivered a drug to the targeted brain region, and changed the rats  motor function. When the the brain region was flushed with saline, the motor affects diminished. This shows that the treatment can be reversed.