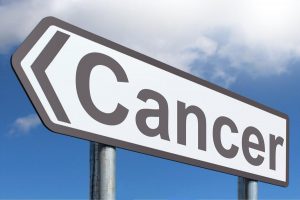 It is well-known that chronic stress can have a negative impact on health. Numerous studies have linked chronic stress to higher rates of heart disease, diabetes, an imbalance of the gut microbiome, cognitive decline, and many other illnesses, including cancer.

Recently, researchers from the Dalian Medical University in China, along with colleagues from around the world, were able to find a key mechanism through which chronic stress causes the growth of cancer stem cells and accelerates tumor growth. Their research was published in The Journal of Clinical Investigation.

To see the impact of stress on tumor growth , the researchers placed a group of mice with tumors in small, restrictive enclosures for one week. At the end of the week, they divided the mice into two groups: one group was put into large, comfortable enclosures and constituted the control group, while the other group remained in the small, restrictive enclosures they had been in. The two groups remained in these environments for 30 days.

At the end of the 30-day period, the scientists noted that the stressed mice not only displayed behaviors that were consistent with higher levels of depression and anxiety, but had larger tumors than the mice in the control group. In other words, stress increased the speed with which their tumors grew.

Moreover, the researchers found that the stressed mice had a larger number of cancer stem cells than those in the control group. According to lead researcher Dr. Quentin Liu, from the Institute of Cancer Stem Cell at Dalian Medical University, at this point in their research it was clear that stress played a fundamental role in the growth and spread of cancer, but an understanding of how the signaling network between stress and cancer growth worked remained a mystery.

As the scientists delved deeper into their research, they began to zero in on the hormone epinephrine. They noted that the levels of the hormone epinephrine were far higher in the group of mice that remained in the stressed environment than those in the control group. Moreover, when the mice in the stressed environment were given a drug that blocked the epinephrine receptors, the tumors in these mice diminished in size, and the number of cancer stem cells also became smaller.

When people think of the negative impact of stress, they tend to assume that cortisol is suppressing the immune system and causing adverse health consequences. However, the researchers found that the mice in the high stress environment actually had lower levels of cortisol after a month of chronic stress than the mice in the control group.

After a careful analysis of their data, the authors were able to confirm that the mechanism which caused the cancer to grow at a faster rate was the binding of epinephrine to the epinephrine receptor ADRB2. This interaction boosts the level of lactate dehydrogenase, an enzyme associated with energy and the so-called “fight or flight response.” This, in turn, increases the production of the organic compound lactate. Cancerous cells feed on the compound lactate, allowing these cells to acquire more energy and grow more quickly.

In looking for inhibitors to block the effects of epinephrine, the scientists found that vitamin C proved to be exceptionally effective. Mice that remained in a stressful environment, but were injected with vitamin C, actually experienced tumor shrinkage rather than tumor growth.

The authors hope that their findings will lead to a treatment for certain forms of cancer that will target the effects of epinephrine using vitamin C.

Our modern facility features spacious living spaces that are impeccably decorated and furnished. Our residents are pampered with the finest amenities, including free Wifi, flat screen cable television and state-of-the-art mechanical beds for individualized comfort.

At Atlantic Coast, our goal is to offer activities that stimulate both mind and body. We fashion each day’s recreation schedule with the primary purpose of encouraging social interaction and promoting physical health and fitness. To accommodate different interests and personal preferences, our Activities Director designs flexible schedules, with a variety of stimulating and engaging activity options.